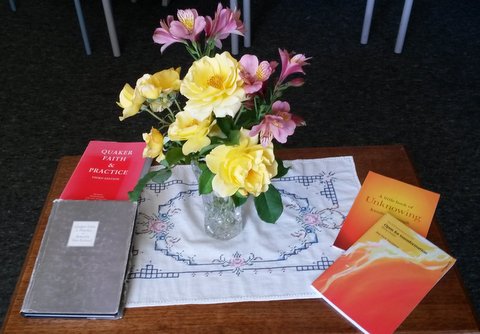 • We can continue to learn new truths

• All of life is sacred

Throughout time people have discovered for themselves that it is possible to have a direct experience of the Divine – as a voice heard ‘inside’, as an inspiration found in nature, in its beauty and its power, as a gradual or sudden illumination of the answer to a problem, or a direction to follow. 360 years ago, a group of such people gathered together into a movement which attracted tens of thousands of others into what is now the Religious Society of Friends (Quakers). As inheritors of this tradition we find anew in our Meetings this same personal access to insight. In our community, we help one another understand our insights and with those insights create meaningful lives. Naturally, this includes reaching out to others - especially to the disadvantaged, poor and powerless.

Our meetings (traditionally called Meetings for Worship) are largely silent gatherings in which we listen to discern God’s message for us. Occasionally those who feel prompted to share a message will stand and speak.

Quakers (the reason for being called Quakers is explained below) understand that we can have direct access to the Divine. Some of us call this God, for others it is Spirit, a ‘Higher Power’, Light, Love or Goodness. It is an appreciation that there is a force for good, that Love exists. We know first-hand that no priest or pastor need act as our guide to or interpreter of God. There is no need for a statement of faith or a creed.

Our experience is of the ‘reality check’ of on-going revelation. We know that we can always learn new truths about ourselves and the world by tuning in to that force. Those truths are our prompts to act to create a better world. Because we know that everyone has access to and is part of God/Goodness/the Divine we strive to respect everyone as equally precious as ourselves and our loved ones. ‘Namaste’ (the God in me greets the God in you) expresses this idea too. Quakers have a saying, “there is that of God in everyone”. It underlies our commitment to recognising as equal: women and men, all ages, all races/ethnicities, all sexual orientations, all gender identities, all abilities, all religions, all political persuasions, all cultures - wherever Love expresses itself.

We don’t divide the world into tapu and noa, sacred and secular. We see the world as the on-going expression of the Divine and so our every action can be performed as an act of respect or devotion. We don’t single out special days such as a Sabbath, or enact special sacraments such as baptism.

Quakers are found on every continent, and over time have developed in different directions, while still holding to the radical Religious principles of the founders. Quakers in New Zealand came originally from England, bringing with them a liberal, unprogrammed tradition . In our Meetings, we have no sermons, no scheduled prayers or hymns, no ordered ‘service’. We ‘minister’ to each other. There are Christian Quakers, Buddhist Quakers, non-theist (atheist or humanist) Quakers and others, and we listen to and learn from each other.

In the USA and Africa especially are Meetings (sometimes called churches) which are ‘programmed’ . They are led by Pastors who deliver sermons, and conduct services with prayers and hymns. Evangelical Friends profess Jesus Christ as their saviour. Conservative Friends try to stay as close to possible to the ways and beliefs of the original Christian Quakers, who themselves sought to enact their understanding of the ministry of the first followers of Jesus.

World-wide, Quakers seek to learn from and respect the diverse faith and practices of other Quakers, and other faiths. 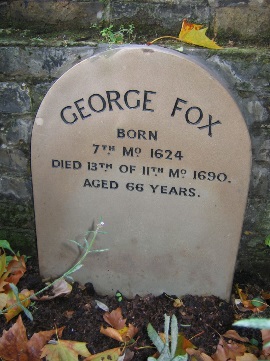 In the 1650s, during the upheavals of the English civil war, the way opened for radical change in religious life. Following times of terrible persecution of Catholics by the Church of England (hand in hand with the Crown), and then bloody civil war, arrived an Interregnum when individual seekers were freed from Protestant/State control. Many started their own churches. George Fox, one of the founders of the Religious Society of Friends (originally Friends of the Truth), was very disenchanted with the corrupt State church. With his insight that “Christ has come to teach his people himself” (thereby rejecting established authority in church and state) he drew together a mass movement of women and men hoping for fundamental change in an unequal, corrupt and violent society transitioning from feudalism to capitalism. They envisioned peace and love leading toward an equal and compassionate society. Instead, established and emerging power bases met Quakers’ radical condemnation of the exploitative social and economic system with a decade of persecution.

It was during this period that Friends were ridiculed by Judges sending them to prison as ‘quakers’. Friends adopted the insult as a badge of honour – of course one quakes in the awesome presence of Love.

With the Restoration, Friends reorganised themselves as an alternative to the emerging capitalist order. Excluded by Government from commerce and universities they created businesses and schools. They began an enduring history of protest and activism against the arbitrary use of power: for emancipation from slavery, for feminism & prison reform, against war and violence of every kind, to protection for the environment and for climate justice – that continues to this day, over 360 years later.