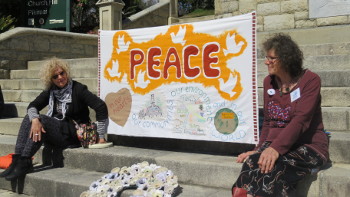 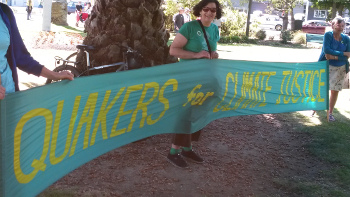 What do we do?

No-one is compelled to be an activist – that is not the Quaker Way. There are those whose leading (i.e. sense of direction from God) is to devote themselves to prayer, or encouraging and emotionally supporting those whose leading is a more outward and active one. Such support is essential.

Historically, Quakers have been founders of campaigns and movements that have gone on to be run by non-Quakers – planting seeds that have taken root. Some of those are listed below. Many Friends continue to volunteer in those organisations, or support them financially.

Some campaigns are agreed at Yearly Meeting, and individual Friends and Meetings contribute as they can. The issue of climate change and climate justice is such a concern. Sometimes energy goes to Quaker initiatives, and sometimes Friends involve themselves in existing local groups.

Other activity may be the leading of one Friend alone, who seeks and enjoys the support of the Meeting as a whole. 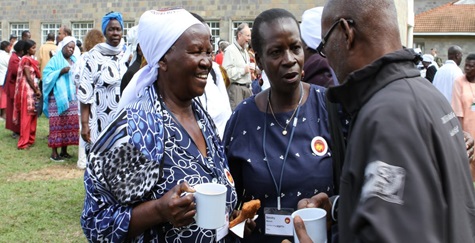 Quakers have a long history of involvement in peace and development work around the world.

Among the organisations Quakers ‘seeded’, the most well- known are:

An international confederation of charitable organizations focused on the alleviation of global poverty founded in 1942 by a group of Quakers, social activists and Oxford academics.

A Quaker peace and social justice organization founded in 1917.

A volunteer-run conflict transformation program started in a New York prison in 1975.

To find out more about the many peace, reconciliation, development, health care, education, human rights, social justice and other service projects currently being undertaken by Quakers around the world visit the Friends World Committee for Consultation.

You can search a comprehensive database of Quaker activity from anti-slavery, the arts, business, to human rights, peace and non-violence, political engagement, relief work, and science, from the 17th century onwards, here Quakers in the World