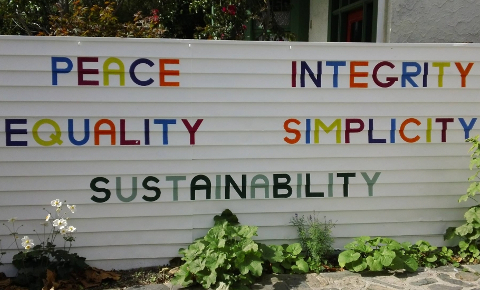 How do we aim to live

• Recognising all as equal

The Quaker Way is based on these values.

If you know that all of humanity, all the world’s flora and fauna, all the world’s resources are precious and worthy of Love – how can you deliberately act to harm or misuse them? Once you have that realisation everything changes. Quakers have found the Quaker way as their response: our religious understandings lead to social principles (or ‘Testimony’ as we Quakers call it) on which we aim to base our lives. 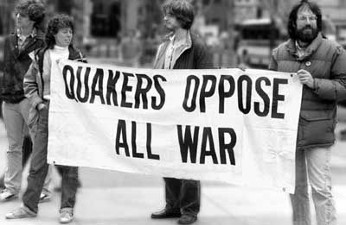 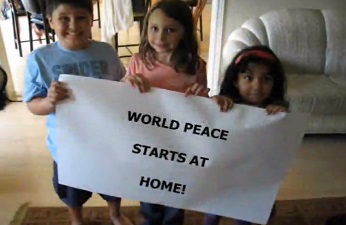 Very early in the formation of Quakers, living through civil war and enduring persecution, Friends adopted a commitment to non-violence in all forms, in personal, social, national and international relations (known as the Peace Testimony). We aim to parent peaceably, and to live in non-violence every day.

Quakers are known for their peace-building in world conflicts, for their anti-war activism, as conscientious objectors to war, as peace activists. In a broader sense, the peace testimony includes action against unjust social and economic structures, racism, the denial of human rights, and other forms of oppression - themselves forms of violence.

Integrity is about walking our talk. It is about being our ‘real’ selves, not hung up on image or following the latest ‘thing’. It is the hardest thing because unjust, oppressive and violent social and economic forces tell us ‘do this’, ‘think that’, ‘buy those’, ‘hate them’, sometimes so subtly we hardly know it is happening – we think we are making our unique choices! This is why we need a community and a reflective practice that helps us stay real, and to act lovingly towards others and towards the Planet.

Integrity not only means being truthful with ourselves about how we think, feel and act, but also being resolutely truthful and honourable to others. Early Quakers flourished in their businesses because they were trustworthy – they gave fair measure, they charged a fair price, and they did not bargain. They treated their employees with dignity. We aim to be the same today, honest in all our affairs; not telling ‘half-truths’ (technically honest but misleading statements), or acting or speaking as though we are something we are not.

Integrity requires us to be forthrightly honest to politicians, authorities and power-holders whom we discern to be acting oppressively or exploitatively, whilst seeking justice and reconciliation.

The traditional Quaker principle of living simply and plainly arose from opposition to the conspicuous consumption of the aristocratic rich at the expense of everyone else. Today’s reality of grave social inequality – where 1% of the world’s population owns 50% of all its wealth – is little different. We oppose practices such as obscene salaries for corporate leaders that rob others of a living wage, or consumer-focused lifestyles that create a cost for others. We aim to walk our talk by using our personal resources to sustain ourselves but also to sustain all life on earth. Some Quakers restrict their paid work once their needs have been met in order to give voluntary service, while others donate their surplus income to help others.

Living simply is about putting first things first: the people around us, the natural world, and our spiritual lives. See thoughts on simplicity from Quakers in Aotearoa 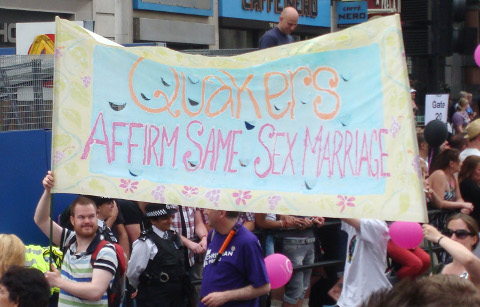 Recognising all as equal

The commitment to equality arises from our understanding that all people are precious children of God. Early Quakers were exceptional in according equal status to women and men – women’s ministry was valued and supported, and Margaret Fell was highly esteemed as an early leader of the Quaker movement. Recognition of the equality of all races was also an early understanding of Friends.

The principle of equality was a radical acceptance of universal human rights long before such rights were generally understood. Our commitment to social justice, non-violence, truthfulness and respect, fair sharing of the world’s resources and sustainability are founded on our understanding that we share our planet with 7.5 billion others with an equal right to a good life. 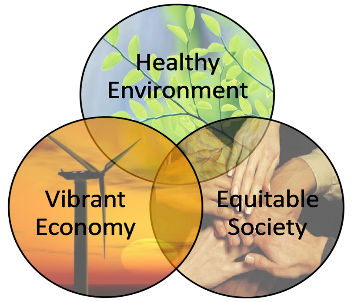 In the year 2000 NZ Quakers affirmed their commitment to care of our environment. More recently, Quaker activity has focused on responding to the tremendous threat to life on the Planet posed by climate change . We have resolved as an organisation to divest from any funds invested in the fossil fuel industries, and Friends have joined demonstrations to call for climate justice. Quakers are active in campaigning groups such as 350.org and Generation Zero.

Creating a sustainable life on the earth requires us to live out a personal commitment to simplicity as well as engaging our energies in advocating for changes essential if we are to limit global warming.

Listen here to 6 interviews with Friends recorded by Fresh FM Nelson in 2017. Topics are “What it means to be a Quaker”, “Quaker Families”, “Social Justice”, “Death and Dying”, “Quakers and the environment” and “Peace”.

Listen to the interviews by clicking on the green 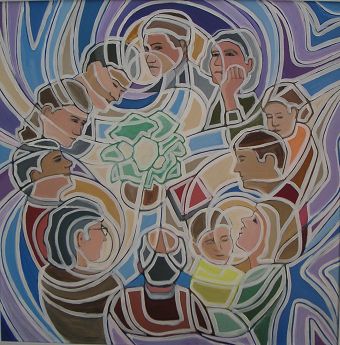 "Meeting in Silence" by John Perkin

Further information on Quaker faith and practice is available at Friends General Conference , Quakerspeak , Quakers in Britain and Quakers in Australia.

The paintings “Centring Down” shown on the Nelson Meeting page and “Meeting in Silence” shown on this page were painted by Quaker artist John Perkin.  The photo of children playing on the home page is from Unsplash.